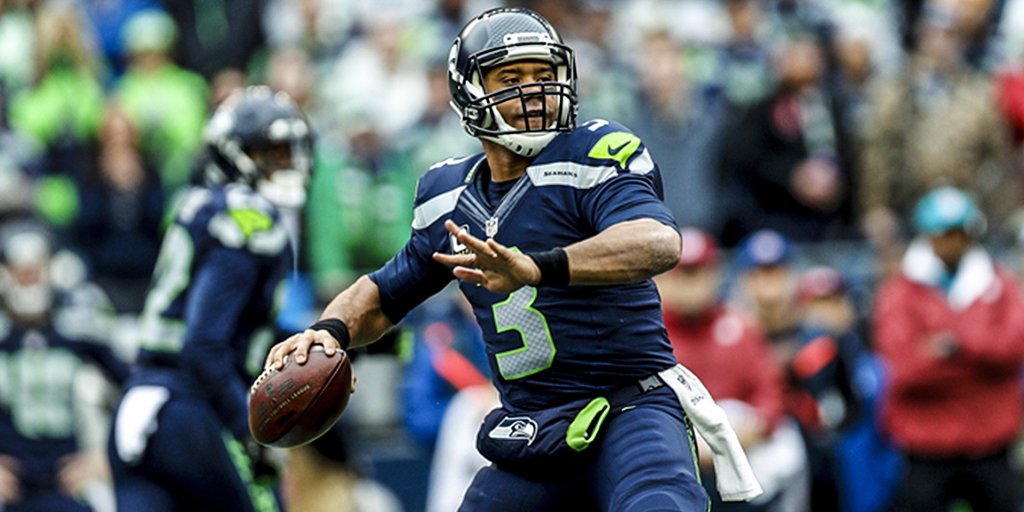 So by now the biggest headlines during this time in the NFL are what teams are going to draft which players in the upcoming draft selection, where is Marshawn Lynch going to end up in New England or Oakland and of course until just recently, the whole Tony Romo soap opera. What took all the attention away from those headlines, was the rumors that the Seahawks were listening to trade offers for there all pro corner, Richard Sherman. At first it was reported as a rumor, but then GM John Schneider came out and confirmed that the reports were true and that they were listening to trade offers for Sherman. Many within the league are surprised that they are actively listening to trade talks in moving the all pro corner, but with some of the boneheaded decisions they have made in past situations, recently and not long ago I might add, are we really surprised. It seems like every since they won the Superbowl in dominating fashion against a high powered Denver Broncos offense, back in 2014, the Seahawks have made moves that have taken the franchise steps back and that naturally happens, when you win a Superbowl, but the Seahawks situation was different. At first it looked like it was just the coaching staff , making these crazy decisions, but now it is also the front office joining in..How do they all tie together you might ask, easy it started with in 2014 after the Seahawks won the Superbowl and they decided to try and fix something that wasn’t broken. The offensive coordinator Darryl Bevelle, the genius that he is decided that it was time, to unleash the chains and for Russell Wilson to take over the reigns.

This is understandable, especially in a quarterback driven lead, but for the Seahawks, there defense and running game is what led them to two straight super bowls and for whatever reason they decided to attempt to change there philosophy. This philosophy is what allowed the New England Patriots to come back from a 10 point deficit in Super Bowl 50, also make the most boneheaded decision in Superbowl history by calling a play pass to make Russell Wilson look like the hero/reason they won the superbowl, instead of running it in with beast mode. This same philosophy also help decide Marshawn Lynch retire, which till this day, they are still trying to replace him and also get them bounced out early in the playoffs for the past two seasons, that’s not to mention they do not have a line for the dominant run game they had and to keep there quarterback healthy and not lets not forget the Jimmy Grahm project, which has turned out to be a complete failure. So what does the Seahawks do for an encore after all of the chain of events that have gotten them to this point, they decided to openly admitting to listening to trade talks for the all pro corner Richard Sherman, as if that is going to make things better or upgrade the team. I understand that this is a business, but you are also in a business of winning and maybe the Seahawks postseason success has made them spoiled enough that they think they can keep up postseason runs, without 1/3 of the legion of boom. What the front office has to think about, before making a trade like this, how much this could set there franchise back, how will this effect the leadership in the locker room and how will this help them build a team to make another superbowl run.

Whenever teams make an attempt to make a trade like this, the results are never positive. Prime examples of this is like when the Superbowl champion, Baltimore Ravens decided that they needed an upgrade from there current quarterback situation and offense and like the Seahawks were a run first methodically move down the field type of team that complimented there hall of fame defense. Once they made the move it backfired, there defense was not the same, due to the fact the offense did not excel as expected, therefore given opponents more cracks at the defense \, which lead to more points and resulted in a 10-6 record the following superbowl season and being bounced out the playoffs early. That was just the short term damage, the long term damage was the quarterback that they thought was going to lead them to the promise land a few times, retired and the Ravens had to start from scratch at that position. That would have been fine, but they already had a ready made team that was built to make superbowl runs, this eventually led to the firing of the coach and it was 12 years before the Ravens and Ray Lewis returned to the Super Bowl, which many thought with the defense/team they had, would have as many appearances as Tom Brady. Another example is the Jets, yes I said the Jets! The Seahawks have also stated that for Sherman, they are looking for a similar trade like the Jets did for Revis. The Jets like the Seahawks had a run first, methodically move down the field team, with a great defense, making it two straight AFC Championship games. Once they traded Revis in his prime, everything went downhill, the defense was not the same, the draft picks they received did not pan out, the offense suffered also from the lack of defense,\because they could not disguise the deficiencies. The same fate that the Ravens suffered, the Jets suffered, there coach was fired and they have yet to return to playoff form, since that time.

This is the fate that could be waiting down the line for the Seahawks if they trade Sherman, what else Seattle does not factor in, is that everybody in there division is gearing to get better and take Seattle down, meaning they are gonna need all the help they can get. You have Arizona who is not going anywhere, there only going to get better, Kyle Shanahan just accepted the head coaching job in San Francisco and he has shown that he knows how to attack top ranked defenses, including the Legion of Boom and then there is the Rams, who no matter how bad they are, play the Seahawks like it’s the Superbowl. That’s not the mention all the top teams in there conference like Dallas, Green Bay, Carolina and Atlanta are all looking to make Superbowl runs and building teams through free agency to do it. If the front agency really thinks about this and looks at the facts, they will realize, they will only be digging a hole for there franchise with this trade, only time will tell what they will do, stay tuned!