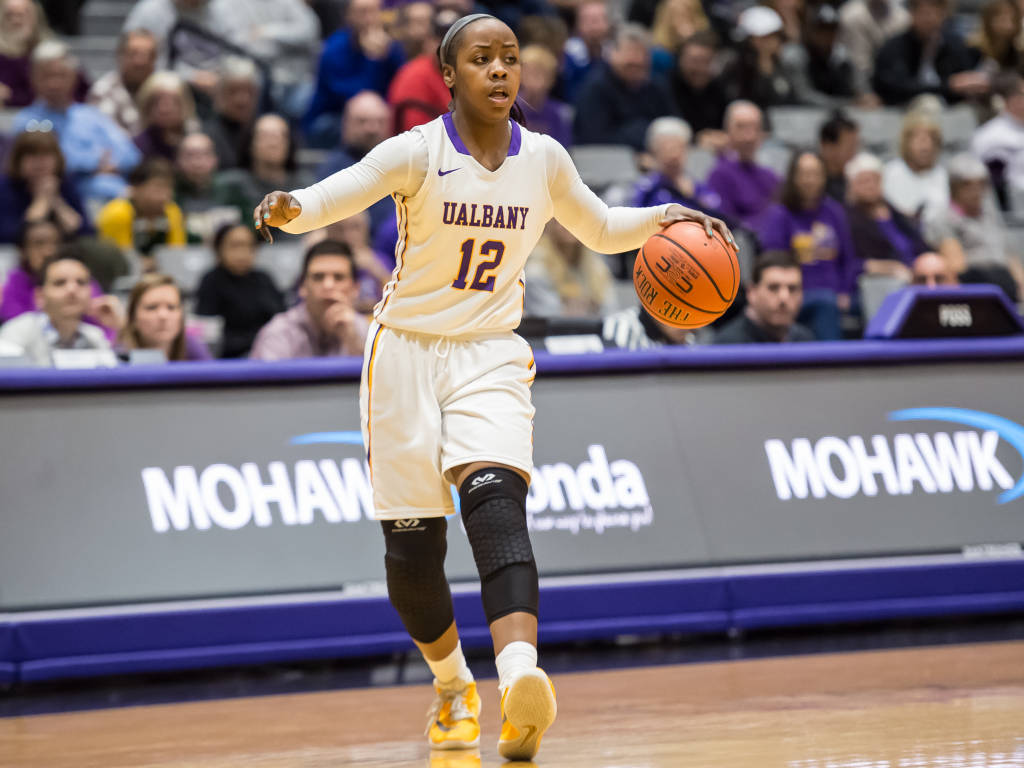 The storyline coming into the game, were Stony Brook was coming off a tough loss to New Hampshire, losing by 3 points and Albany was coming off a dominating performance of UMass Lowell 93-69. This lead up to both teams being at 500 with 7-7 records, putting them both in the middle of the pack and also making a must win for both teams. As predicted, it was a tough physical game, as Stony Brook came out ready with physical play, bringing the fight to Albany, led by scoring from Aaliyah Worley and Davion Wingate. This led to Stony Brook leading at the end of the first period 18-15. The lead would not last long, as Albany responded in the second period, behind the play of Jessica Fequiere. Who led the half with 17 points and ended the first half with a lead over Stony Brook 31-29, who are giving a fight and will not go away.

As the second half started, Albany picked up right where there left off, keeping up the pace and being aggressive. which paid off as midway through the third period, as they are now up by 9 (40-31) and it was more of the same in the fourth as they created a seven point lead. When the game ended, Albany were the victors and they also acknowledged how this was a tough game, but the blessing was that it showed they can also beat you in many different type of ways. Now after picking up the W, Albany had a tough task of going away (New Hampshire), which they are also having a hard time at winning away games. For the moment though Albany are above 500 and getting set to go against N.H. a top team in the conference, this will be the measuring stick to show Albany where they are at, stay tuned!