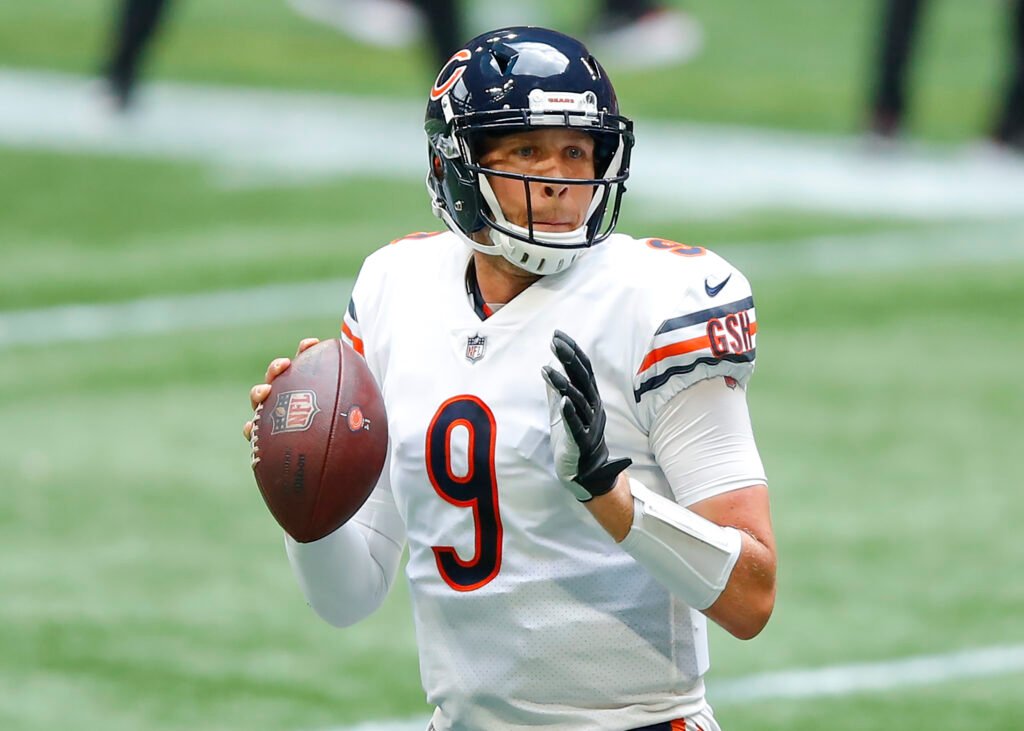 In 2018, when the Philadelphia Eagles won the Super Bowl over the dynasty New England Patriots, it was all good! Weintz, who had a season ending injury and tearing up the league before the injury, was coming back the next season. Foles also was returning for the next year who had took over for Weintz and with his play led the team to their Superbowl run/victory. It seemed like the Eagles had it all figured out for years to come with a young starting quarterback returning to pick up where he left off at and a veteran that was capable of stepping in for him if a injury occurred or so it look liked. The following season Wientz once again was injured and once again Foles came in and led the team to the playoffs, but what was surprising, was the fact that it seemed from the outside looking in, the locker room was withFoles, to the point they made a statue worshiping him.

Not only were a lot of the players behind Foles but the fans were to, so to make Carson Weintz feel comfortable and not feel any pressure, the Eagles moved on from Foles and Weintz was the one man/quarterback standing. Naturally at first, it seemed like the right move, even though Foles had won them the Superbowl and when Weintz was injured the following season and Foles stepped in and played just fine, Weintz was the future and Foles was not. After Foles left, things did not get better, even though they finished 9-7 and won the division, they were bounced out of the playoffs in the wild card 17-9 to the Seahawks. Meanwhile Foles went off to Jacksonville, to try to patch and fix the big mistake the Jaguars made by signing and rewarding Blake Bortles for his one golden year. Foles ended up breaking his collar bone the first game of the year and he ended up coming back not being very effective The following year with a clean slate and a NFC division title under his belt, it was assumed that Weintz would continue to take the Eagles to the next level and work his way back to the Super Bowl, but it was exactly the opposite. Coming into this season, the Eagles were a popular pick, when it came to the NFC East. That popular pick that everyone felt confident about them, did not last long, as the Eagles started the season 1-2-1 in their first four games of the season. Even though they rebounded to a 3-4-1 record, things just continued to get worse, as they lost their next four straight, bringing them to 3-8-1 record.

At this point coach Pederson aka Dougie P had to make a change, whether they want to believe it or not, he was losing the team and locker room. He decided after the loss to the Packers, that the team needed a spark/ change, but we can not say we didn’t see that coming. First the fact that they drafted Jalen Hurts so high, with a young quarterback at the helm, in his prime and just giving a boatload of money in his new deal, raised red flags. Second when the Eagels were playing the rebuilding Bengals, they showed how much faith they had in him by not going for it in OT, while close to field goal range and decided to punt the ball, preserving to go for a tie,then putting the ball in your million dollar quarterback of the future. Third the nail in the coffin was when Hurts played the Saints defense who has been ferociously been shutting down offenses and gained100 yards on the ground and threw for a touchdown against that vaunted defense, with the same line Weintz had been playing with. The win not only snapped the four game losing streak, but it co signed what everybody else was thinking, Jalen Hurts should be the starter for the rest of the season and he is.

This situation is starting to look like the Foles situation and even though a lot of people in the organization do not want to admit it, they made a mistake not sticking with Foles and keeping Carson Weintz. They knew if Foles stayed with the team, the chants were going to get louder for him to take over the starting job, with the way Weintz was playing and not to mention the fact he was already losing the locker room.

Reports were coming out that after he was giving back the starting job, he was showcasing arrogance and cockiness, that his teammates did not like and probably did not see or hear from Foles, while going on that Superbowl run. Now fast forward to the Hurts situation, they have a split locker room as players like Ertz and Goeder have come out against the decision to bench Weintz and go with Hurts. To make matters worse there are now reports coming out that Weintz is making statements that he is not interested in being a backup and he wants to leave if Hurts is the starter, but I am pretty sure the Eagels organization are not interested in paying Weintz a whole bunch of money to perform like he did this season. They know they can not make the same mistake again, in sticking with Weintz, but what do you do when you just gave him a whole bunch of money and if you cut him it will cripple your cap. Even if you do not bring Pederson back and you bring in somebody to fix Weintz, you will lose your future with Hurtz, because I am pretty sure he will want outta there also. Bottom line is somebody has to go, stay tuned!