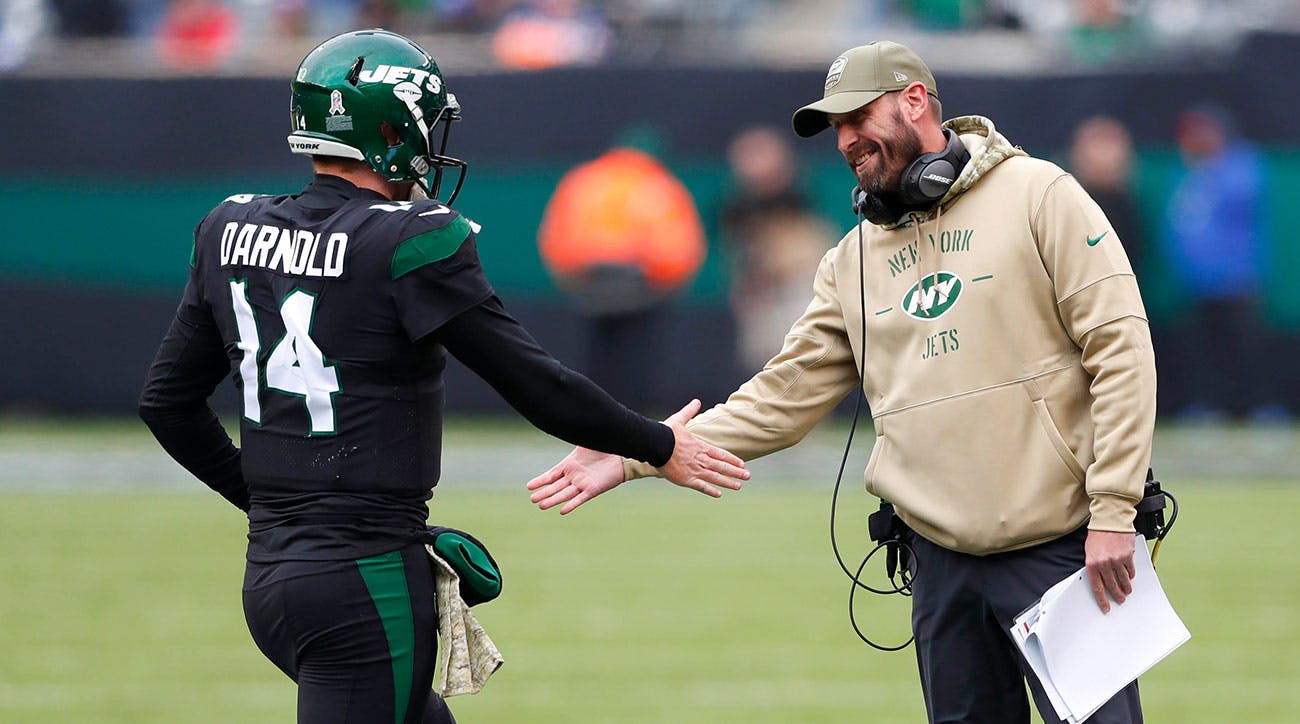 Dark Day in Gotham Part One

Dark Day in Gotham Part One

Going into the 2020 season the expectations were not high for the N.Y. Jets, even though they finished last season 7-9, with hopes of taking that strong finish from last season into this season. Unfortunately the same the way the Jets started last season, is the same way they started this season 0-4. The only difference from last season, regardless of what the front office says, coach Adam Gase job is on the hot seat. The chances of the team going on a winning streak and turning this thing around, are not looking good at all. After losing to the third place Arizona Cardinals, who are fighting to keep their spot in the toughest division and now with the Miami Dolphins up next, who regardless of what their record says,they always come to play. It gets better after that with the showdown with the AFC east leading Buffalo Bills and the Superbowl champions Kansas City Chiefs are all on the schedule for the next four games.The only team that they are playing with a losing record, is the Miami Dolphins. As bad as this looks, the Jets have no one to blame for this mess but themselves.

The front office has made decision after bad decision, that has put them in the position that they are in now. Where do I begin, well lets see, first the Jets ran head coach Todd Bowles out of town after only giving him one season with Sam Darnold, after the Josh Mckowen project did not work, which we all knew it wouldn’t. The owner Woody Johnson hands over the reigns to his son and without a GM, he signs Leveon Bell and then hires head coach Adam Gase. In enter Gase who recently was let go from the Dolphins job, in which he was heavily scrutinized, considering the mess he left in South Beach. After taking the Dolphins to the playoffs in his first year there, he followed with two 7-9 back to back seasons,not only did he produce back to back losing seasons, but during his tenure there, he ran play makers like receiver Jarvis Landry and running back Jay Ajayi out of there. What made that decision look bad as a coach, they both moved on to become intricate parts of there future teams success, while Gase who did not develop Tanneyhill well, when he blew his knee out, again, brought in Jay Cutler and that was an epic fail! So when Gase lost the Dolphins job, as expected, no one saw the division rival Jets coming and offering him the head coaching job.

This hiring had disaster written all over it from the start, honestly, I dont know what move backed that theory more. As I stated before, the fact that they signed Leveon Bell, who Gase did not want or the awkward introductory press conference that Gase had, just check out the video. Nevertheless, this is the guy, the Jets were starting over with and exactly what everyone knew would happen, except for the Jets happened! From the start it has been rough,for the 2019 season, they started off 0-4, before pulling a suprising upset over the talented Dallas Cowboys and then going on to finish half the season 1-7. They then turned it around for the second half, starting with a win over the other hopeless team that they share the stadium with, the New York Giants. Finishing the season 7-9, which was a positive, going into the off season or so we thought.

Usually the off season, every team makes headlines, some good, some bad, for the Jets, it was all bad.First the grumblings of Leveon Bell and Adam Gase were getting louder (who at press time, Bell was released, after coming out and questioning Gase play calling), second was the Jamal Adams saga, when it first started with rumblings/rumors of the team/new GM trying to trade the all pro safety and then those rumblings started turning into bad blood, once Adams came out and questioned Gase leadership and coaching abilities. As the Hall of Famer Shannon Sharpe stated their was no way, he could go back into that locker room after that statement, so the Jets traded their all pro safety to the Seattle Seahawks, as if they needed anymore talent.

Once the season started, as predicted it was off to a rough start, but the difference was not the fact that they were losing, it is the way they are losing games. They fell behind to Buffalo 21-3, before it even got started, they lost to San Francisco 31-13 and they never scored a touchdown until the fourth quarter. In the Colts 36-7 loss, they scored a touchdown in the first quarter and were shut out for the rest of the game, but what really solidified everyone’s thoughts about how bad this season was going, was the loss to the Denver Broncos on Thursday night prime time. Not only did they lose to the Broncos, but it was the fact that Sam Darnold and the Jets defense was outplayed by the third string quarterback, for the whole world to see. Now with Joe Flacco at the helm because of Darnold being injured, which seems to be are occurring theme with him, it has not gotten any better. They were once again dominated by a Arizona Cardinals team, that flew across the country to play them and because Bell voiced his displeasure about the play callin, he was released and now playing for the Superbowl Chiefs. Looking down the tunnel, I do not see a light for this team, if the Jets are smart, they will cut ties now with Gase, you see Miami is just now getting back to being a better team, if the Jets do not want the same path for them, then they need to cut the cord now! Only time will tell, stay tuned!