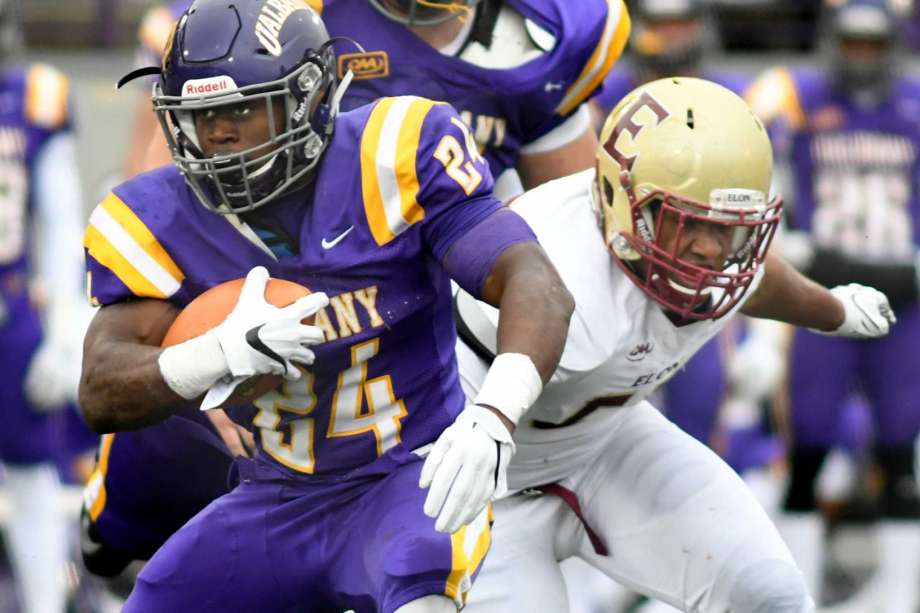 The story line coming into Saturday’s game was Albany was returning home from a tough two game road loss, with losses to Maine and Villanova and trying to stop a three game losing streak. What they needed to end this streak, was everything that happened on the field. It was a mixture of tough defense, field position, running the football and a team like Elon , that could not match the intensity of the Great Danes. From kickoff the Danesset the tone , by holding Elon scoreless until the second quarter with the only points they would score the whole game. They set this tone by playing great defense and running the ball effectively with Ibitokun-Hanks. The starting tailback rushed for a career high 35times and 210 yards and scored the first touchdown for the Danes in the second quarter10-3, which was followed by the defense building upon the lead with a fumble recovery in the third and interception for a touchdown in the fourth. This was the nail in the coffin,as the Danes defeated Elon 27-3, the win stopped the three game losing streak and improved there record to 5-3. Now the question is can Albany keep this momentum going into next week against Deleware, only time will tell, stay tuned!