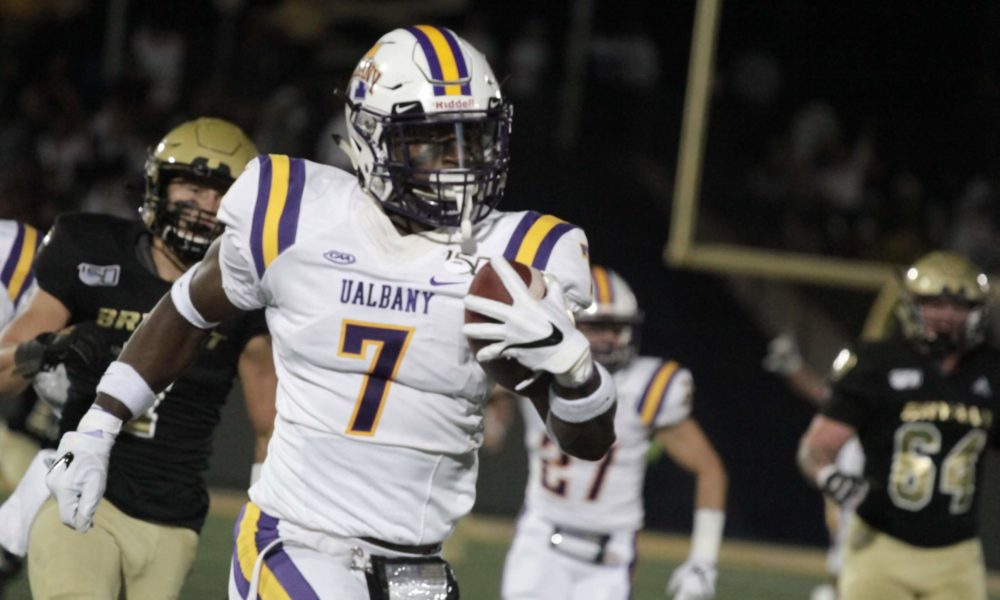 Quarter 1 – UAlbany first drive they were 3 and out as a holding penalty stopped that drive. #23 Josh Wynn from UAlbany intercepts a pass in the first quarter to counters Bryant’s offensive drive. #22 Alex James from UAlbany draws first blood at the 5:08 mark scoring on a 75 yard run. UAlbany ends up leading 7-0 to close the quarter. 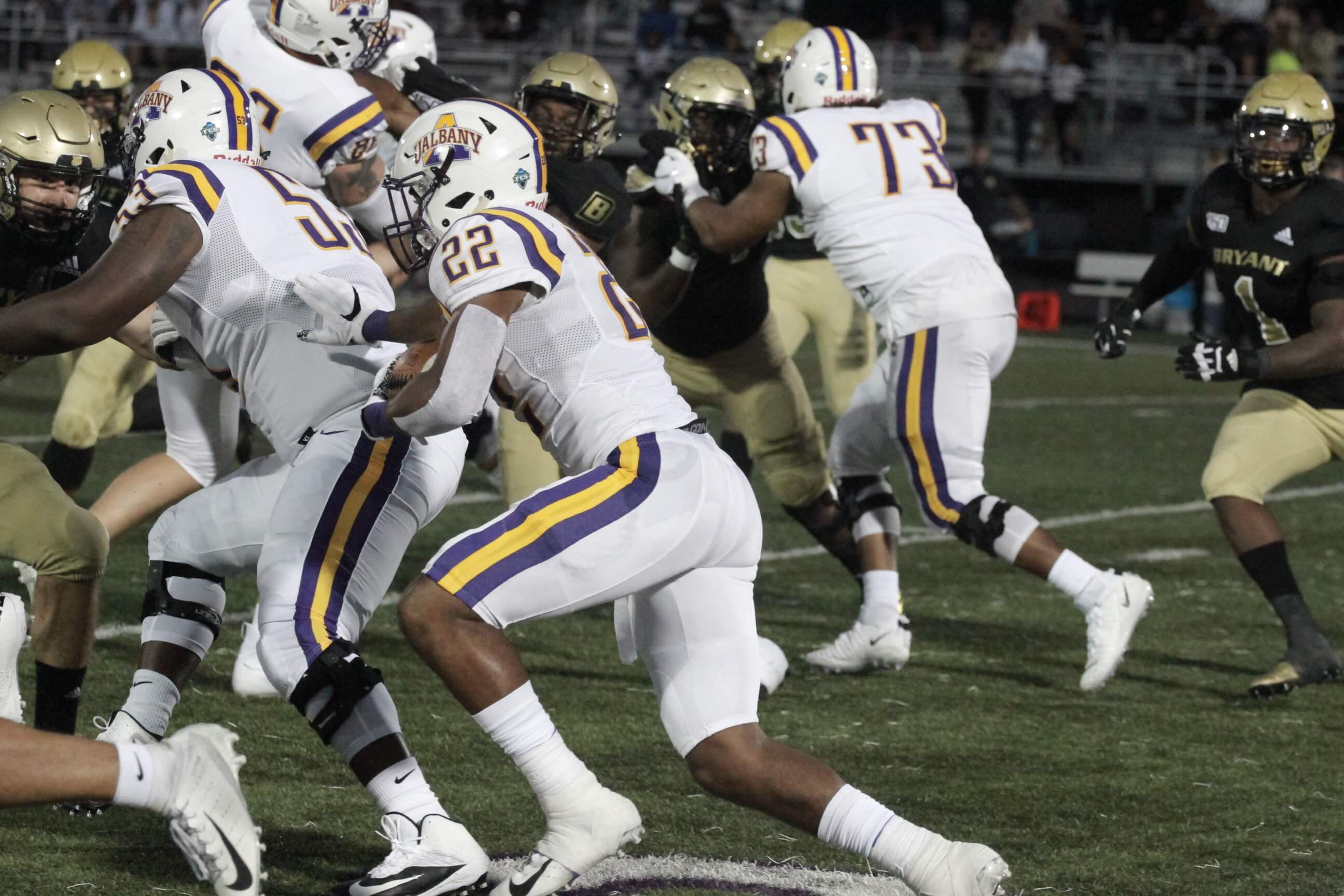 Quarter 2 – UAlbany started the second quarter methodically moving the ball down the field. #11, Jerah Reeves scores on a 14 yard TD pass from Undercuffler at the 8:36 mark making the score 14-0. 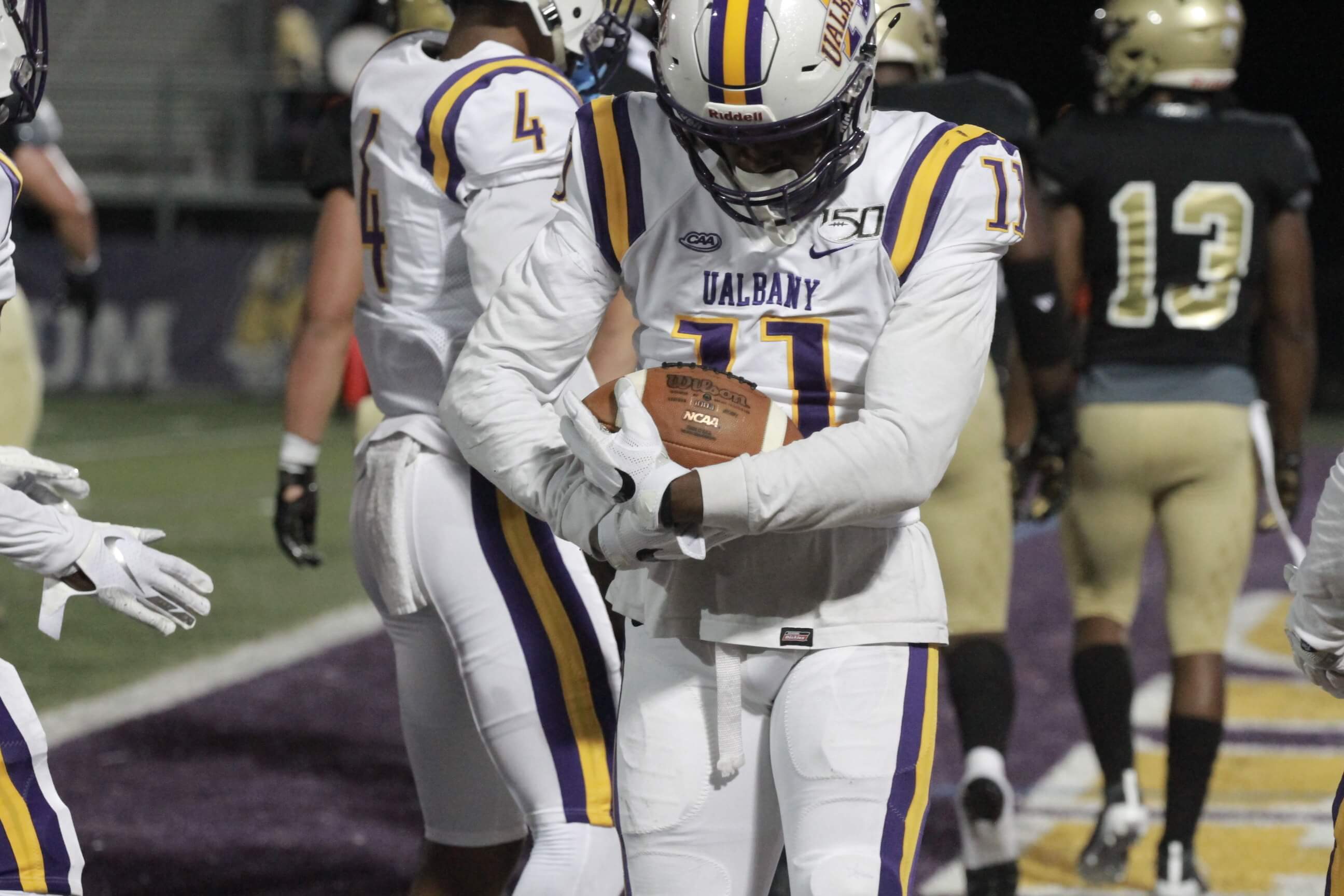 Just as the were gaining momentum #7, Jarren Williams returns a 68 yard interception at the 7:03 mark making the score 21-0. 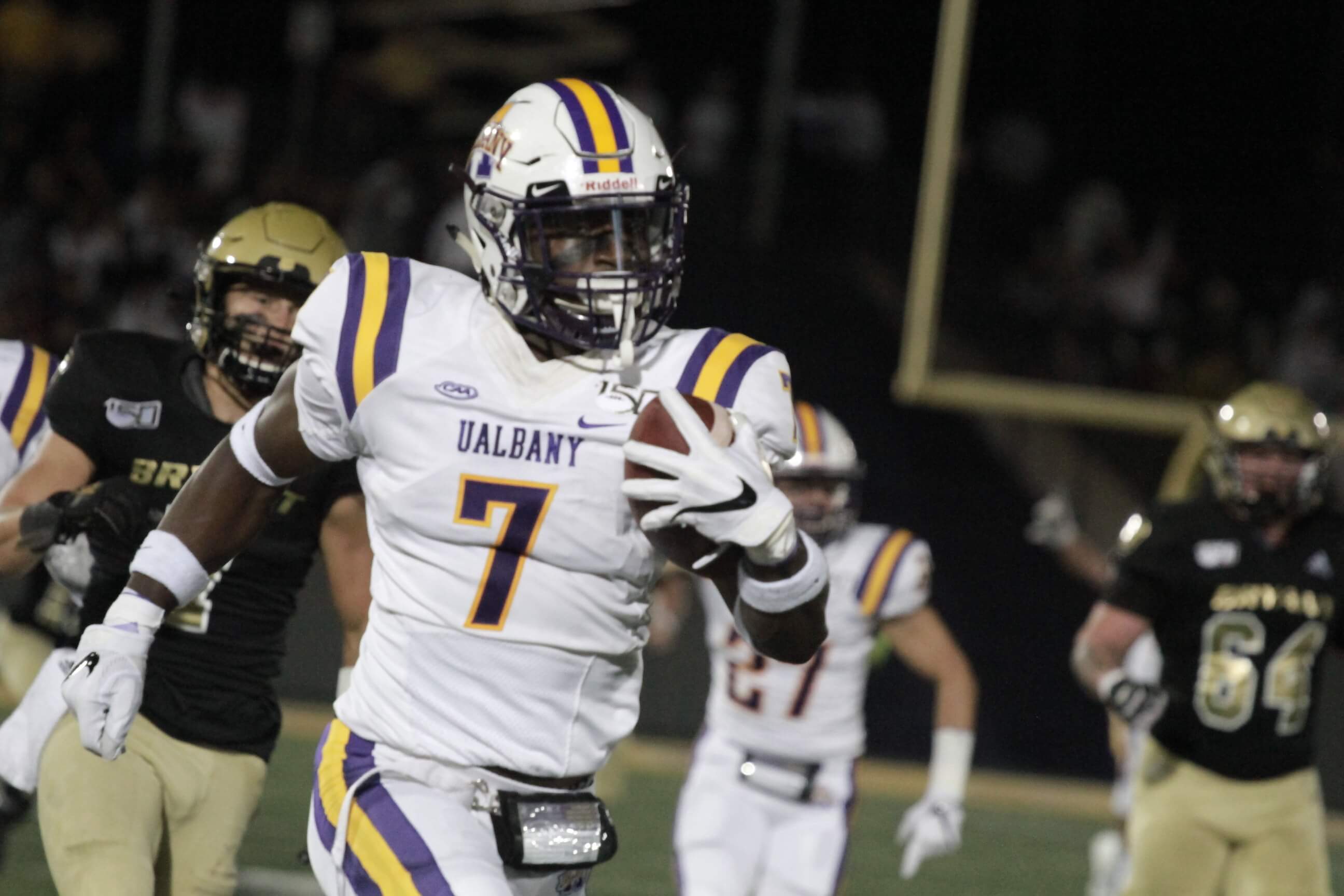 Just when The Bulldogs thought things could not get any worse #2, Tyler Carswell recovers a fumble on a kickoff. As the second quarter was winding down UAlbany began to put there foot on Bryant’s neck. Undercuffler throws a 7 yard TD pass to #86, LJ Wesneski at the 4:16 mark making the score 28-0 heading into half-time. 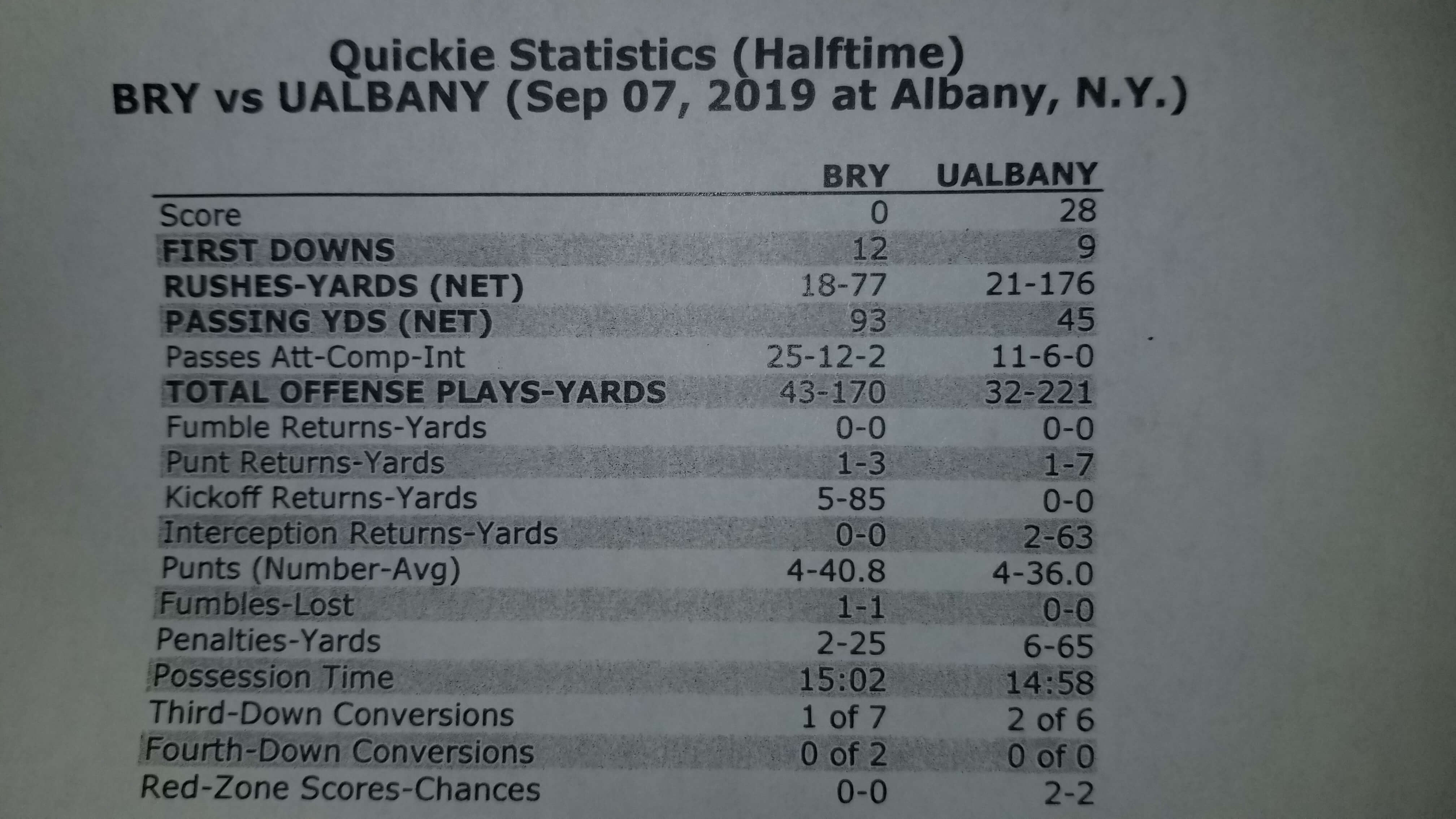 Quarter 3 – The third starter off slowly. The Great Danes stuck to there plan slowly moving the ball down the field with runs from Karl Mofor, and Alex James. As the third quarter began to wind down Undercuffler put his foot on the gas scoring on a 9 yard run. Closing the quarter 35 – 0.

The Great Danes clamp down on defense with #41, Safety AJ Mistler blocking a potential TD catch at the 7:24 mark. The Bulldogs are forced to kick a FG at the 7:21 mark making the score 38-3.

Bryant’s special team turns there defense up stopping the Great Danes at the 3 yard line on the kick off. UAlbany remained calm returning Bryant’s punch with monster drives from #22 Alex James. At the 6:22 mark Alex James runs for a monster 82 yard drive bringing the Great Danes into red zone territory.

The Bulldogs turn up there defense stopping the Great Danes on consecutive drives. On 4th down the UAlbany had enough scoring on a 4 yard run from #14, Jah Dabney bringing the score to 45 – 3.

The Bulldogs fight to the end coming up short to UAlbany in a 42 point loss. The Great Danes are now 1 – 1. 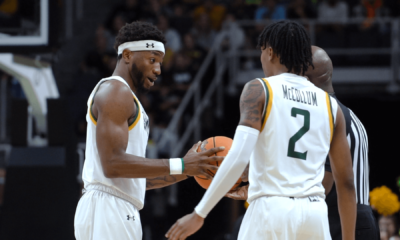