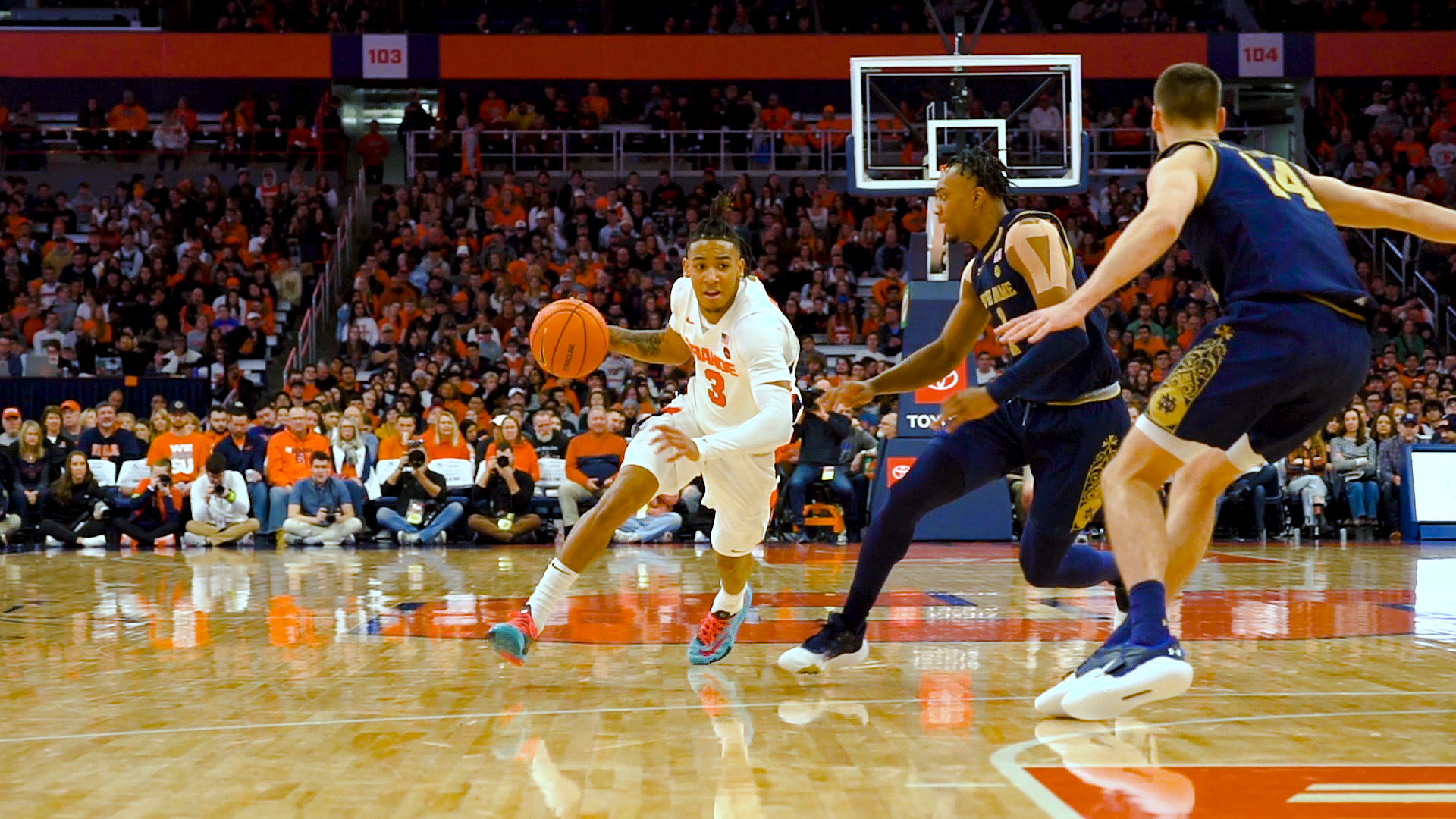 POST GAME QUOTE: “We were running full court press and trying to speed up the game because if we didn’t, it would have slowed the game down by double digits.”

Going into tonight’s game the Fighting Irish were coming off an overtime victory over Georgia Tech. They were clearly coming into this game more hungry for a win. Notre Dame was 1-3, in their recent schedule. Also 1-5 in conference play, and  just above .500 overall. The Fighting Irish were in the bottom three of the conference. Only above Georgia Tech and Louisville.

Syracuse was coming into this game with an 11-6 record and 4-2 in the conference. The Orange were looking to build off their most recent victory over Virginia Tech. When the game began, it seemed both teams were playing evenly matched. Notre Dame had short leads all throughout the first half. The game was even tied several times.

The Orangemen were lucky that by the end of the first half they were only trailing 40-36. Due to Notre Dame shooting 50% from the three. Syracuse showed a willingness to rebound all game, Also outscoring the Fighting Irish in the paint and second chance points, is what kept them in the game in the first half.

To start the second half the Orangemen had set their focus on contesting the three point shot. It seemed that it was too late. At this point, Notre Dame had gotten comfortable with their shooting. The Orangemen figured it out on their next few possessions as they switched to full court press. Speeding up the pace on the Fighting Irish and it worked.

A big part of Syracuse win over Notre Dame was their commitment to defense.

This would lead to Syracuse going on a 13-4 run. With Chris Bell leading the charge scoring 14 points in the half. Syracuse successfully cut the lead down to 63-60 midway through the second half. At the 2:16 mark of the second half they tied the game at 71. Chris Bell would lead the team in scoring with 17 points. To seal the game Jesse Edwards would hit two foul shots given Syracuse a 74-71 lead.

The Orangemen stay in the middle of the pack with this victory. They now have a two game winning streak. Wiith second place Miami next up Monday night. As for the Fightin Irish they stay in the bottom of the pack and fall to .500, with a matchup against a hungry Florida St team, Tuesday night, stay tuned!