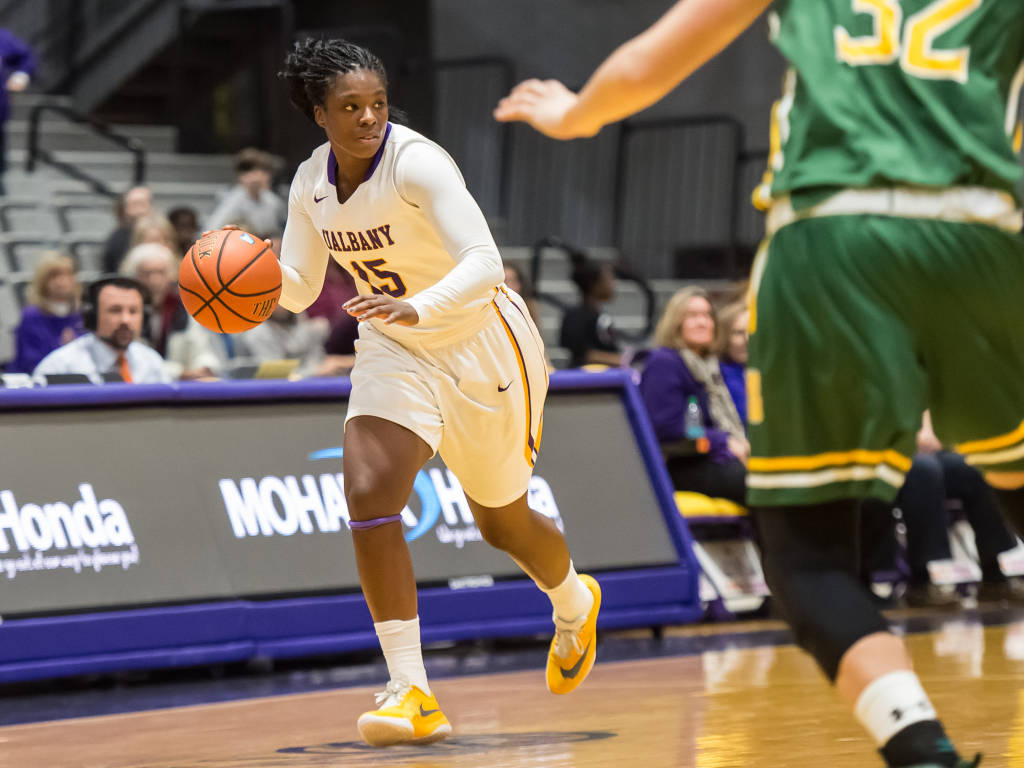 “Although it may not have been the prettiest of wins, a win is win”
Image Taken By: Bill Ziskin

The Storyline going into the game was UAlbany was coming off a 25 point victory over Wagner and that this game was going to be a easy victory over Post, a division II school. When the game started, that was not the case. Post for the most part kept it competitive with hard play, good defense and scoring at will, off of mistakes by UAlbany. This eventually led Post to coming within 6. After the first period, adjustments and step up play from Jessica Fequiere and Mackenzie Trpcic led to UAlbany building the lead back up to 11. Once they started to develop a lead, they never looked back, as the lead continued to build up to 19 before the half and to 24 in the third. With the game resulting with an 85-61 victory over Post, after the game coach Bernabei-McNamee gave credit to Post and there coach for playing hard and not giving up. Even though UAlbany won by 24, Post did not quit, which coach Franklin, also acknowledged. She stated after the game that when they played a preseason game against a division one school, it seemed like they quit and there was no fight left , but tonight they played hard and never quit, which is always a good sign. As UAlbany moves forward, although they are undefeated at home and are missing Imani Tate, they have to be a little concerned. At press time they are playing 500 with a 6-6 record and with high expectations of being picked the favorite coming out of the conference this year, this is not where they are expected to be. With Tate possibly coming back soon and there strong home record, things may change, going forward, only time will tell stay tuned!