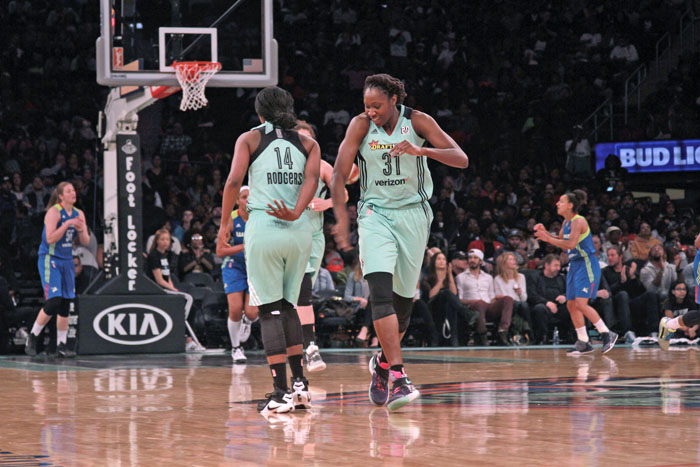 Quote of the game: Odyssey Simms on Sugar Rodgers performance: “ Its not that we
couldn’t stop her but shes a pure shooter, there’s nothing you can do about that. She has a quick release, you give her a inch of daylight and its going up she was hot tonight and one of the best shooters in the league and thers nothing we could do about it” 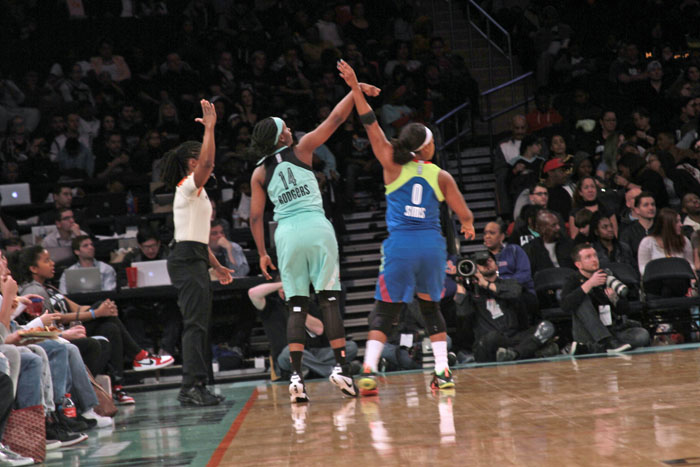 The storyline going into the game were the Liberty were coming back into town from defeating the Mystics the night before in Washington. In previous seasons the Liberty almost, always started off slow when playing back to back games, which was not the case tonight. The Liberty jumped out to an 8-0 run, 19-3 lead in the beginning of the first quarter and ended the quarter with a 27-15 lead. Although the Wings had a rough start, they did not go down without a fight, they came back in the second quarter led by Sims, there aggressive defense and Liberty mistakes and missed opportunities. They cut the lead down to 7 by the half 41-34, and tied the game up 43-43 early in the third, but what eventually put Dallas in the hole in the first place, is what caught back up to them in the second half. Besides trying to overcome the early deficit, bad shooting night from Pleanette Pierson, Skylar Diggins not playing and no answer to stop Tina Charles and Sugar Robinson. The Liberty started to pull away later in the second half, leading to them ending the game with a win 79-71. Now with 5 days rest, they get set for a match up with the L.A. Sparks.