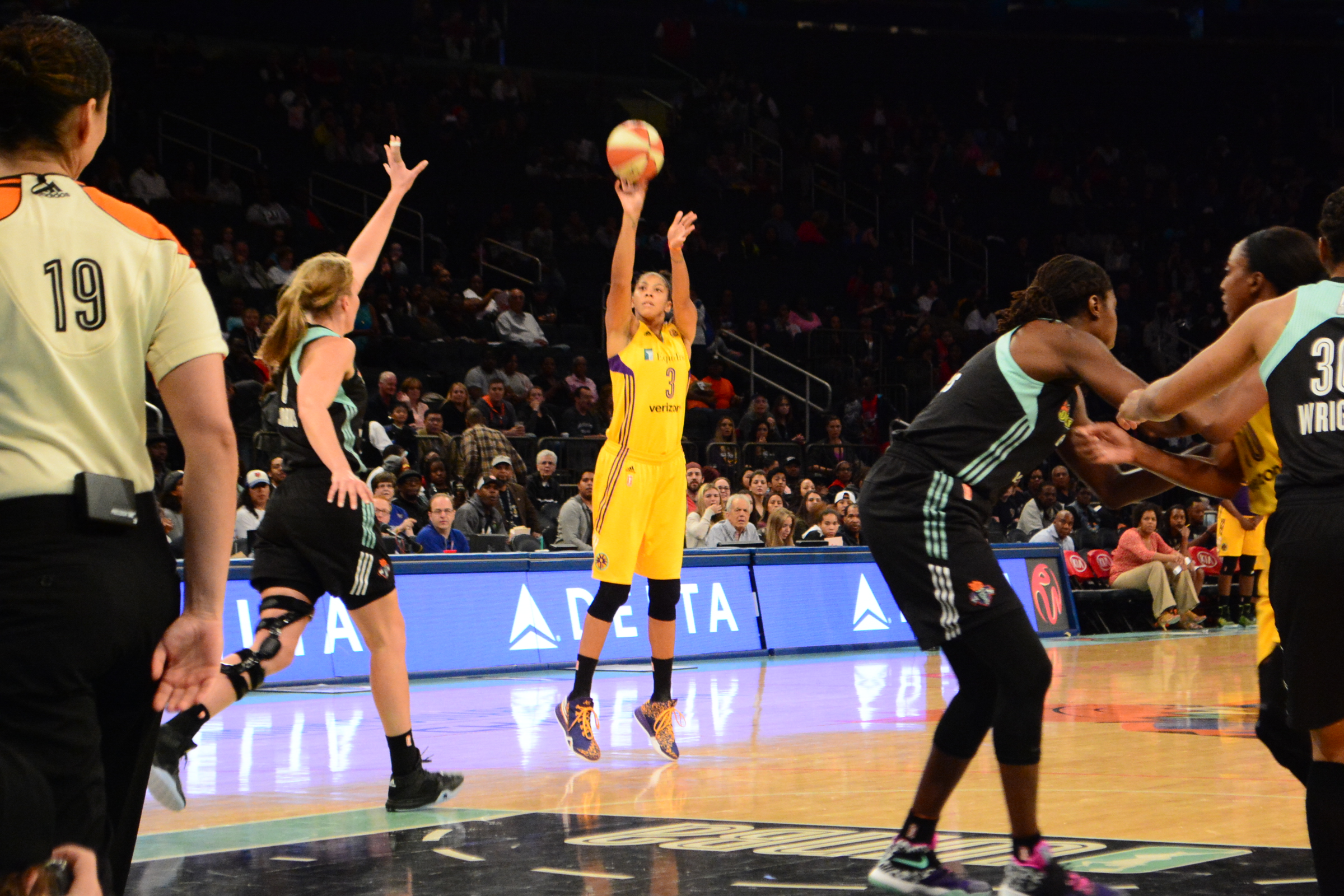 [Quote of the Game: The first 3 pointer of overtime was more so the dagger, because we wanted to come out and be more aggressive and it really got us going, but us coming out aggressively in overtime offensively is really what helped us. (Nneka Ogwumike on the reason they for there overtime victory over the Liberty) ]Coming into the game The Sparks were coming off a victory over the Washington Mystics and the Liberty were coming off a 5 day layoff after there victory over the Dallas Wings. When the game began, it seemed like one team was in rhythm and the other was not.

The Sparks started off with a 5-0 run and ended the first quarter with a 20-15 lead, even with the slow start the Liberty began to regain momentum in the Second quarter taking the lead 24-20 and tying it up at 34 at the half despite slow starts from Sugar Rodgers and Tina Charles.As the second half began, the Liberty started right where they left off building an 8 point lead and ending the third quarter with a 50-45 lead. Even with the momentum change, the Liberty could not hold off the Sparks, as they eventually fought there way back into the game, which led to a game tying three pointer by Kristi Tolliver. Once the game went into overtime, the Liberty never regained the lead and were no match for Parker and Ogwumike as the Sparks defeated the Liberty in overtime 79-72. 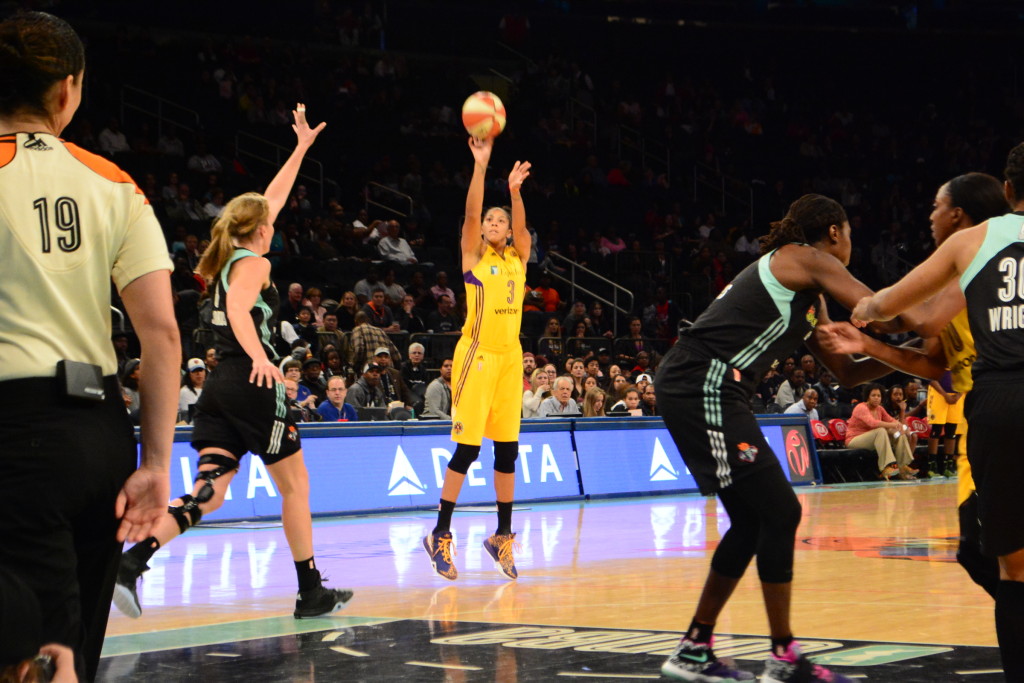 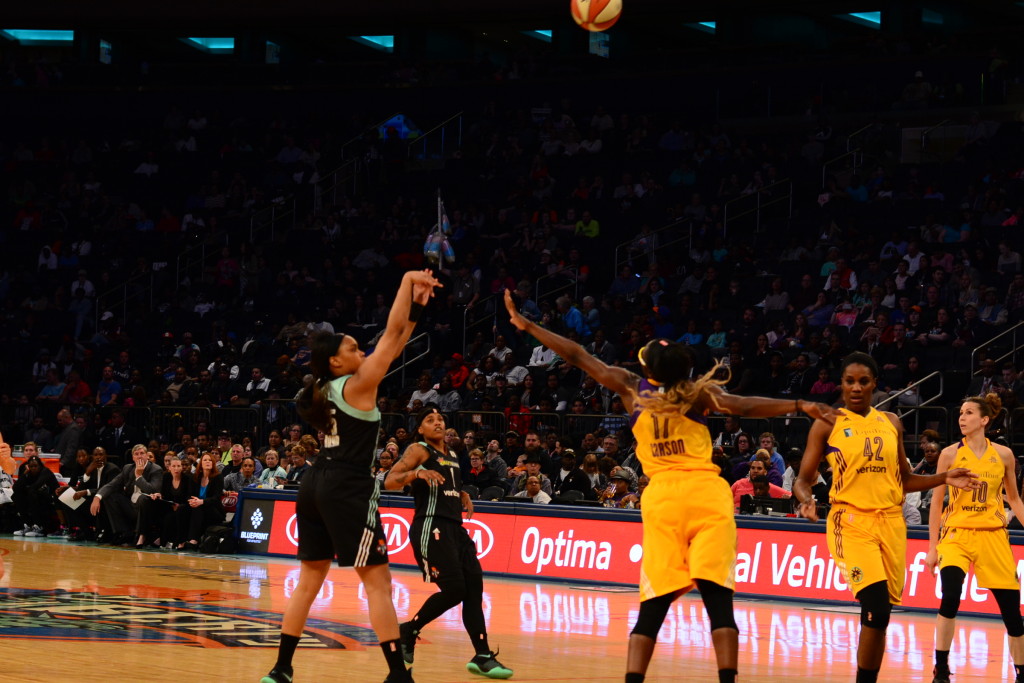 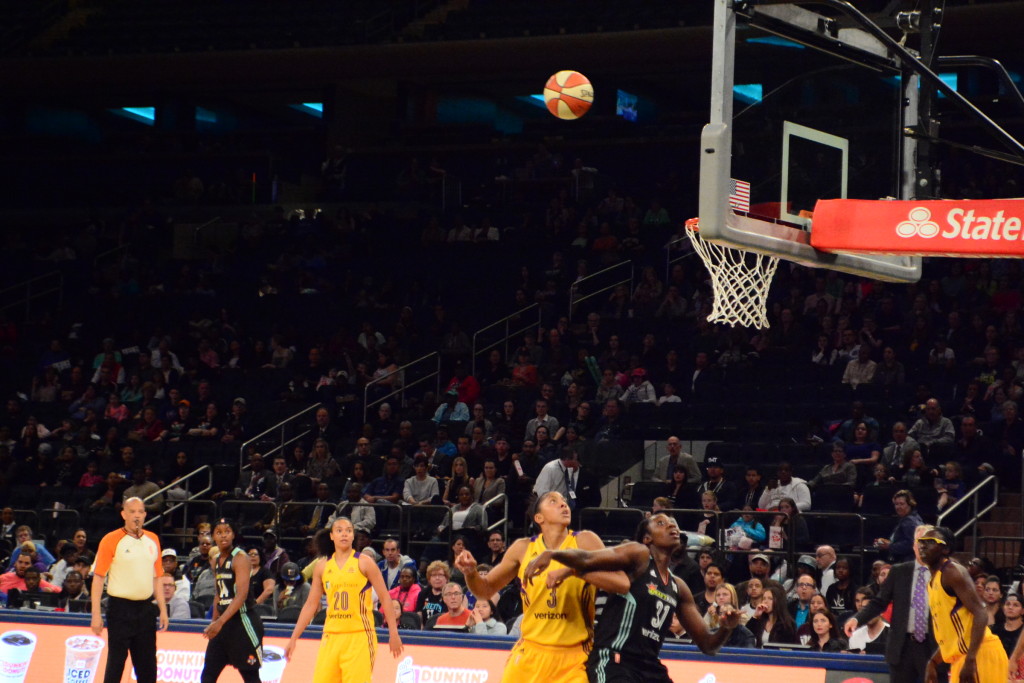 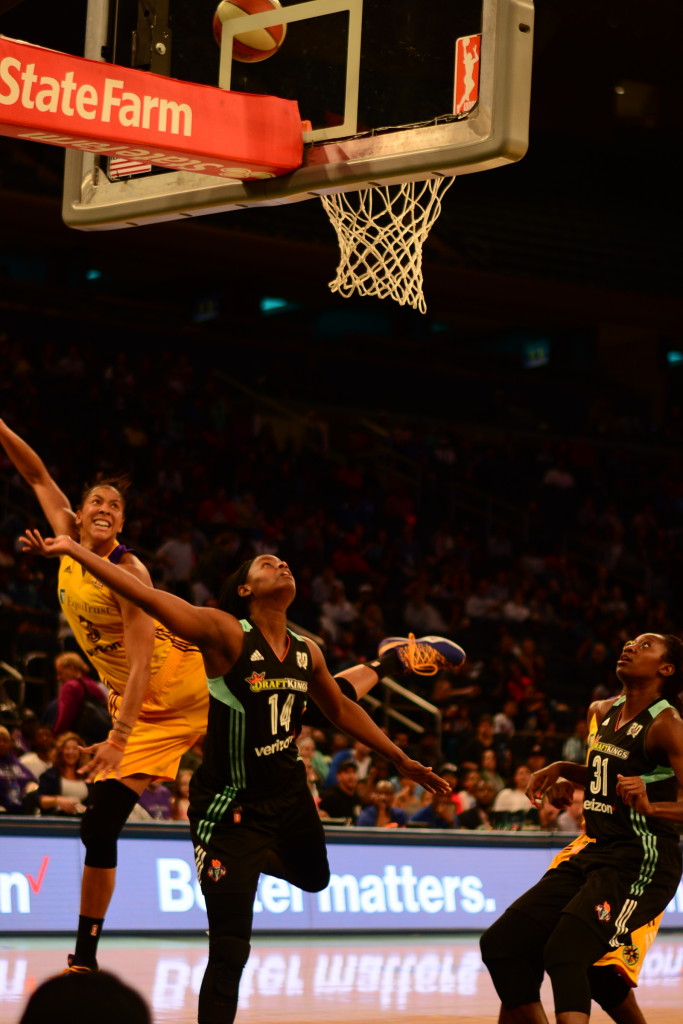 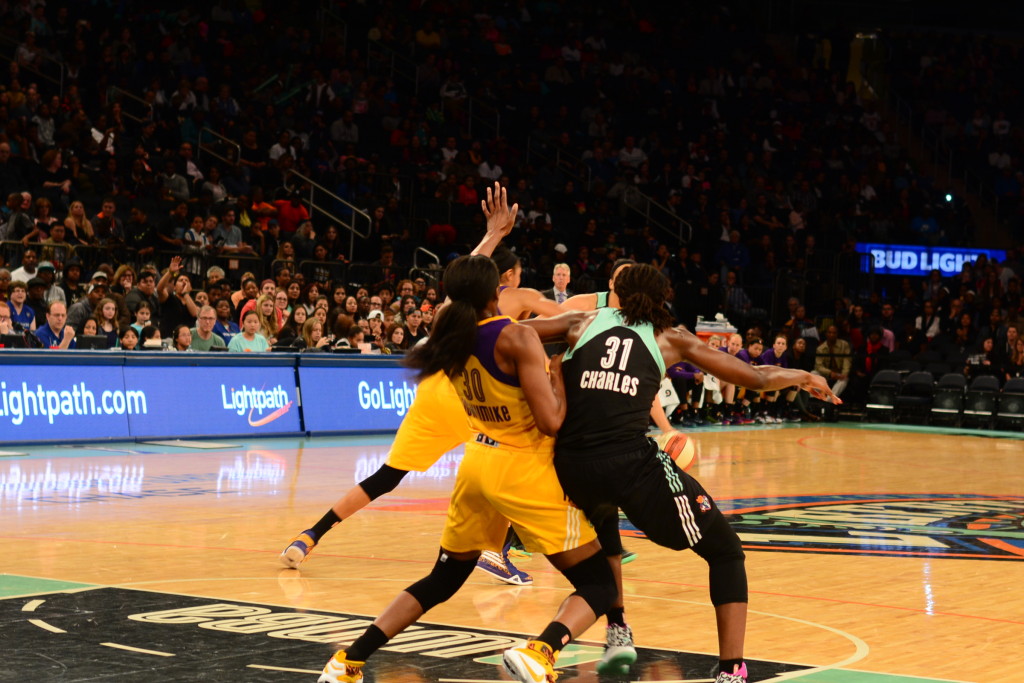