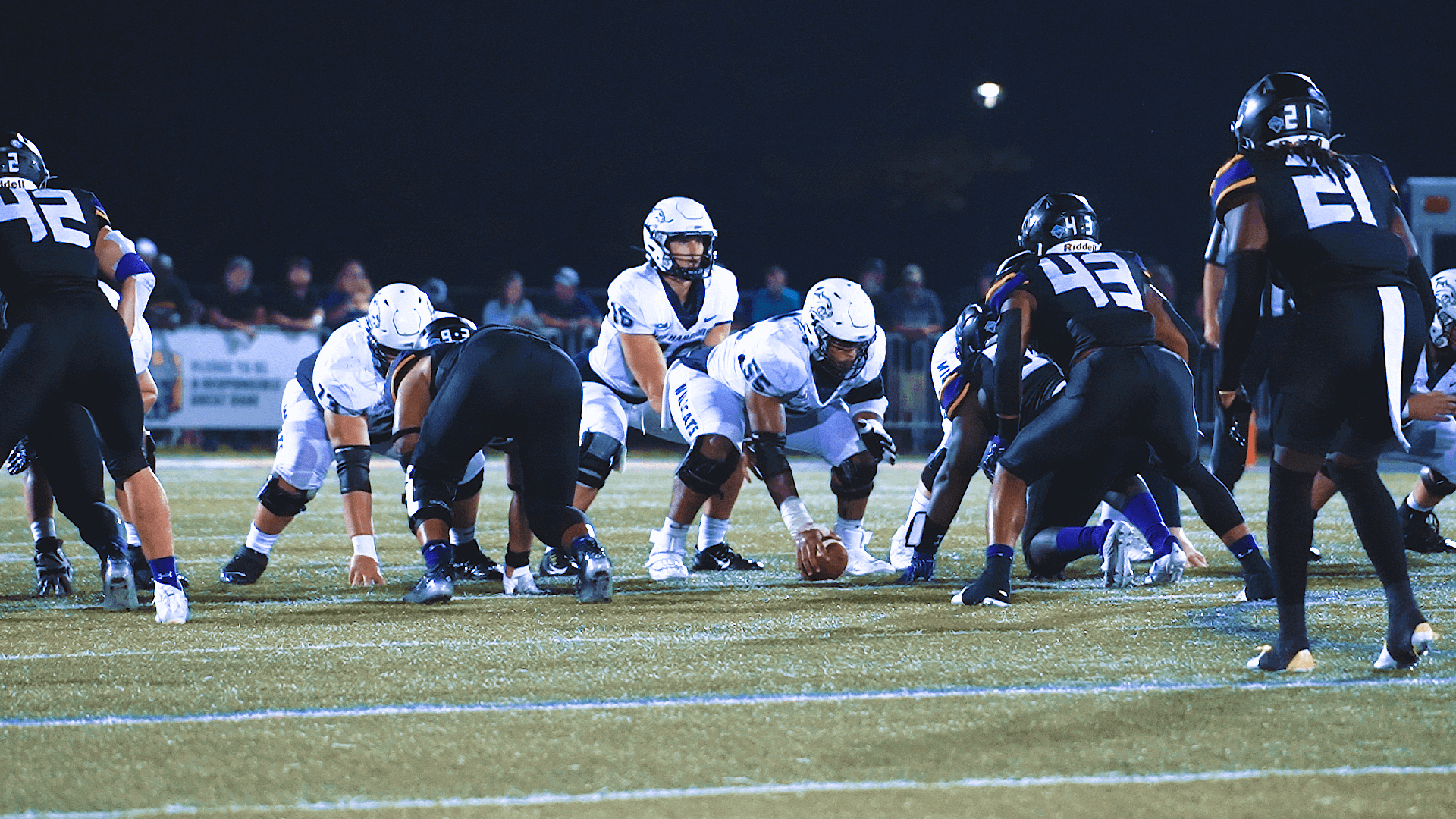 “Let’s score a touchdown and take their souls”

New Hampshire coach Rick Santos comments on the sideline, with a 21-10 lead going into the 4Q.

Going into Saturday nights game, the New Hampshire Wildcats were coming in looking to continue there win streak. Following there come from behind victory over Monmouth last week on opening night. The Great Danes were hosting there first home game of the season. Looking to bounce back from the 69-17 defeat at the hands of Baylor. When the game first started it was as expected, tough physical play from both teams. The difference was New Hampshire scored. The Wildcats scored on a two yard touchdown pass from quarterback Max Brosmer to wide receiver Joey Corcoran.

It wasn’t the fact that the Wildcats scored first, to take a 7-0 lead. Like most of the drives for the game, the New Hampshire Wildcats scored on. The New Hampshire Wildcats put together long methodical drives that would take a lot of time off the clock. UAlbany responded by putting together a successful drive their-selves. The Great Danes marched down the field all the way to the 13 yard line. This drive was negated by a unnecessary roughness penalty which took them out of the red zone. The drive resulted in them missing a field goal at the end.

Even though UAlbany’s defense stopped New Hampshire. The Wildcats on the next drive put together a methodically drive that started on the 25 yard line. This drive took six minutes, and eleven seconds. Resulting in Dylan Laube scoring on a two yard touchdown run creating a 14-0 lead. When the Great Danes took the field this time there was definitively pressure mounting. On the next drive the Great Danes went for it on fourth and twelve. Which resulted in a pass interference call. This play was critical, because it resulted in them putting three on the scoreboard. Which stopped the Great Danes from entering the half scoreless.

Starting the second half UAlbany wanted to capitalize off the little momentum they had. It started off that way at first, by getting a stop and forcing New Hampshire to punt. Then errors once again reared its ugly head. On the punt return wide receiver Brevin Easton fumbled the punt, and the Wildcats recovered on the nine yard line. On the next play Dylan Laube ran in for a nine yard touchdown. Even with the deficit the Great Danes did not go away. They answered on the next drive. The Great Danes went with a no huddle offense. Which resulted inTodd Sibley scoring on a 15 yard touchdown run.

For the rest of the third quarter, the Great Danes went into shotgun/no huddle mode. UAlbany was unable to duplicate the same success they had on the previous drive. It seemed New Hampshire had adjusted to their scheme by shutting them down. As Coach Santos put it they got to relaxed with their defense. At the 4:41 mark the Great Danes started at the nine yard line. The Danes put together another successful drive. Resulting in a touchdown pass, and even though they failed on the two point conversion, they had cut the lead to 5 (21-16).

Lets score a touchdown and take their soul

On the next drive the wildcats put together a 3 play, 75 yard drive that ended with Dylan Laube. Who as coach stated “Was a man among boys tonight”. Dylan finished with 32 rushes, and 215 yards. He broke for a 37 yard running touchdown, that was pretty much the dagger in the game. The touchdown gave the Wildcats a 28-16 advantage. The Great Danes scored again, but unlike the previous drives the Wildcats used their time management wisely, and ended up with the victory in the end.

The Wildcats are now 2-0 and looking to continue their winning streak next week against North Carolina Central, who is also undefeated. As coach Santos stated after the game. We are going to enjoy this victory for the next 24 hours and then back to work Monday. For UAlbany it is back to the drawing board. As turnovers, and costly penalties cost them the game. They are going into next week against an undefeated, high powered offensive from a Fordham team who is looking to stay undefeated. Stay tuned!

Impact Player of The Game

Impact Player of The Game: @dylan_laube 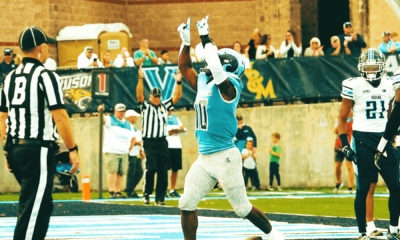 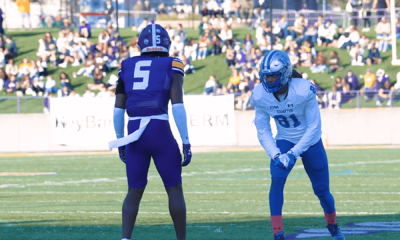