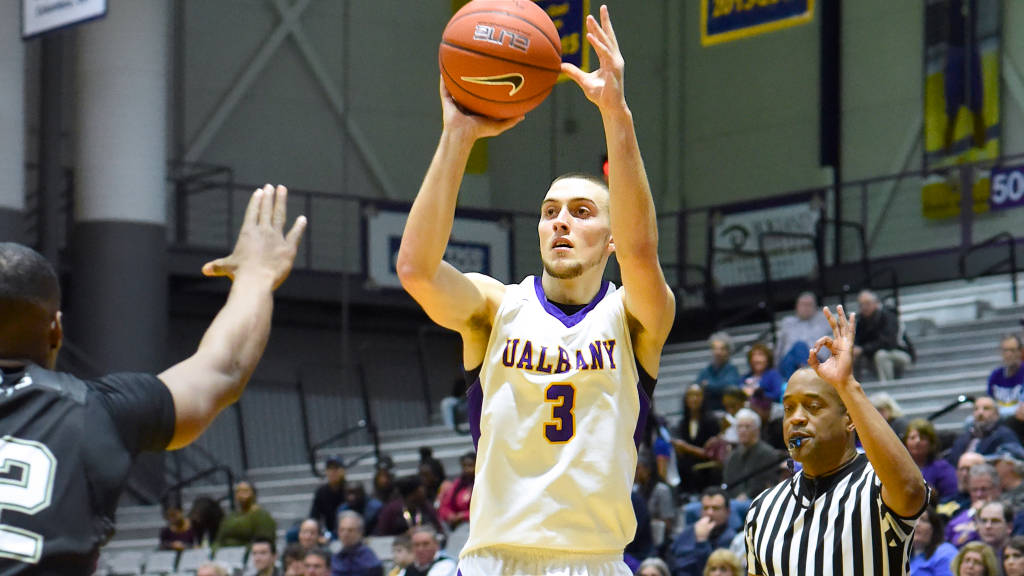 The expectations coming into last season for the Great Danes were respected but not high, the Great Danes were ranked #3 in the conference coming into the season. This ranking was clearly a way of saying that they would be competitive, but were not expected to go anywhere or far for the season, but what they did not expect was the will and grit of the team to surpass expectations. Coach Brown team as usual played hard nose and sound basketball, at times they had some difficulties, but overall they withstood a lot of teams best shots, because regardless of what the rankings are by the experts, a lot of teams in the conference brought there A game to them.

Withstanding and over coming those obstacles and finishing with a 21-14 record, UAlbany went further then expected as they defeated Hartford in the first round, defeated a Stony Brook team in the second,that nobody thought they had a chance with and making it the American East Championship and losing in the final minutes to last seeded Vermont. Now with the 2017season right around the corner, UAlbany unlike last season are not being looked at as #3in the conference and just being a competitive team in the conference, they are now ranked no 2 and being looked at as the top threat to last years champs Vermont and rightfully so. With returning players Joe Cremo, David Nichols, Greg Stire and Travis Charles, they have a strong returning core and they have more experience then most teams in the conference and with that experience they will pull out more wins then last season. The one concern, but what also may be an advantage is that when you end the season on a high note, like UAlbany did, your schedule becomes a lot tougher and teams are gunning for you a little harder, but what else is new. The question is for UAlbany for this season is will they have enough to get over the hump, to make to make it to the big dance. Only time will tell, stay tuned!