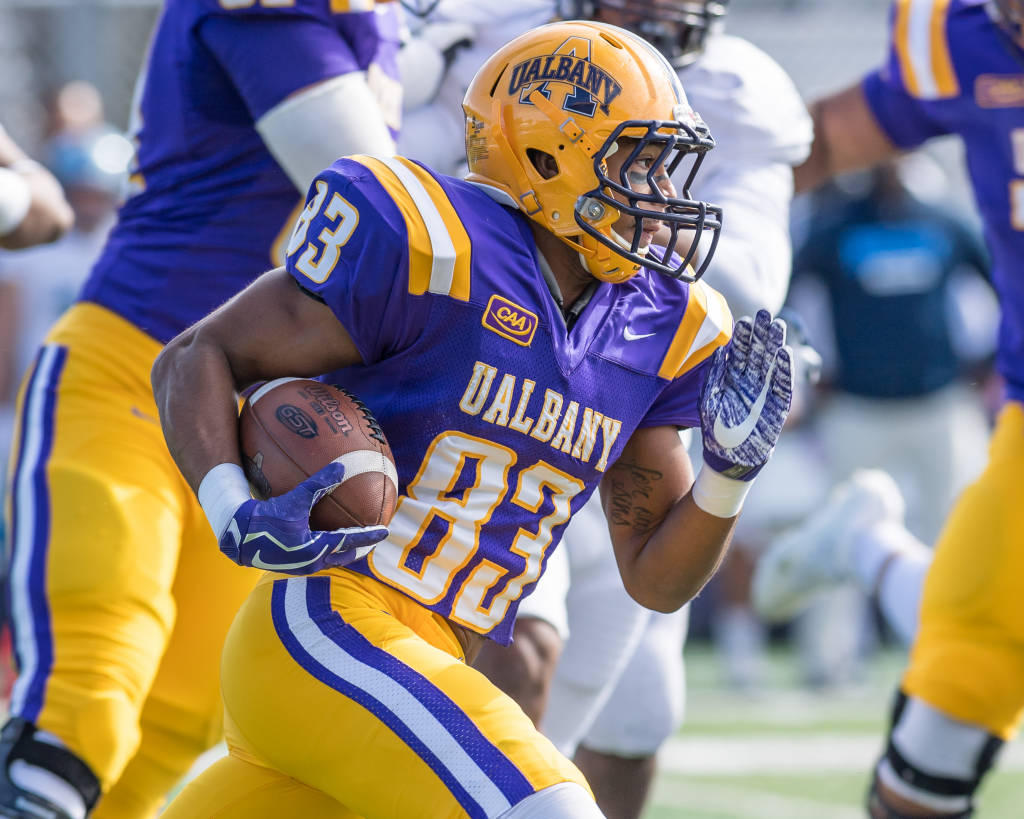 The story line going into the season for the Great Danes is they are trying rebound from a 4-7 season and regain the success they had from the previous season, when they finished 7-4. Going into last season, the Great Danes, their fans and the media all had great expectations after finishing 7-4. Even though they did not make the playoffs, it was still something to build off of for next season. For the first quarter of the season, the team played as expected, as they got off to a 3-1 start, but then things started to go South from there. The Danes went on a six game losing streak, losing to teams such as Elon, Richmond, Maine, Rhode Island, Stony Brook and did not get another victory until the last game of the season, against playoff bound New Hampshire. The burning question was what led to this disappointing/underachieving season. There were many factors that led to the Great Danes underachieving, one was the that when you are a 7-4 team, you can not sneak up on anybody and you are going to get teams best shots, to make no excuses, but some of the teams that the Great Danes loss to were playoff teams and the ones that did not have a great record, were playing UAlbany like it was there championship game.

Second was the ineffective offense, which due primarily to there star running back Elijah Iboitokun-Hanks was not able to play last season, due to recovering from a torn acl. That loss alone was 1400 yards of offense gone from, last season and it showed as his replacement Karl Mofor lead the team with just 555 yards. Without a running game, it put the offense on the shoulders of quarterback Will Bruson and even though Brunson was an upgrade, he could not put the offense on his shoulders. The stats show it as Albany averaged 17 points a game and finished at the bottom of the league, this lackluster production from the offense also led to it wearing on the defense, even though they were the only high note, holding most teams to just 18 points a game and finishing second in the conference in defense, there were times where they seemed to break, due to being on the field to long and often.

With a season like that, where do you go from here, well even though the Great Danes are projected to finish ninth in the league. They have made some adjustments and clearly have learned alot from last season. One of the changes that is being made is Coach Gattsuso brought in two transfers to compete for the starting quarterback job  and have decided to go with Vincent Testaverde,mainly because to create balance on offense and to not just put the whole load on Ibitokun-Hanks, who is coming off a torn acl injury. Instead of teams just focusing on the run, they have to respect the passing ability of Testaverde and hopefully if the run is successful , then Testaverde can take on the one one of opportunities that can open up for there speedster Donovan McDonald. With nobody expecting U Albany to go far this year, they can maybe sneak up on a few team and surprise everybody that 2016 was not a fluke, only time will tell as the season begins, stay tuned!