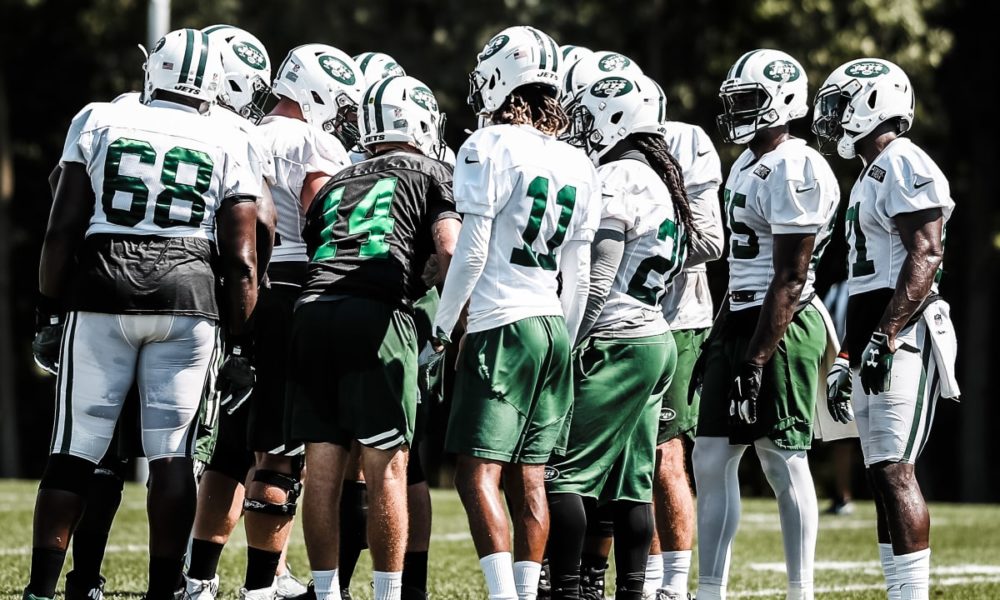 On Tuesday, August 21, 2018, the New York Jets hosted their third annual Gameday Upfront event. The event was to showcase of what is to come for the upcoming 2018 season, such as new partnerships, game day themes and of course food/value meals that you are able to purchase during the game.

The first partnership announced was with Def Jam recordings, the label home to a few of your favorite artists: Jadakiss, Pusha T, Big Sean and Jeremih. Def Jam will be creating a N.Y. Jets anthem, that will be part of the pregame ritual. It will be played when the team takes the field and during the game, when playing at Metlife stadium. A video series will also be created that will feature the interaction between the artists and the athletes, between brands. The first video, will feature the two second year safeties, Jamal Adams and Marcus Maye visiting Jadakiss’ studio in Yonkers. Many more videos like this will be featured on the New York Jets social media channels throughout the season so stay tuned!

The second partnership announced was with Marvel entertainment, which is being presented by Toyota. As Marvel publisher John Nee stated, “Marvel is thrilled to be working with a partner like the New York Jets to provide fans new and unique ways to connect with the Marvel Universe.” With everything they have lined up with Marvel, there is no doubt  that it will open the up the door for Jets fans to enjoy the Marvel experience. On October 21st, the Jets will host a Green Out theme, when they play against the Minnesota Vikings. This theme will feature a Hulk vs. Thor 16 page comic book written by a long time Jets fan, New Jersey native and Marvel comics contributor Fabian Nicieza. The first 15,000 fans will receive a limited edition Hulk bobble head and at the conclusion of the game fans will receive a poster of the Hulk vs Thor comic book. Also Marvel will be releasing a comic book, in four chapters,  highlighting and celebrating their Super Bowl III victory over the Indianapolis Colts. The first chapter will be released on Wednesday October 10th through the N.Y. Jets apps and social channels.

The third partnership that was announced was with WWE. The Jets will host a kids day on October 7th, when they play against the Denver Broncos. WWE legends and superstars will be making appearances all throughout the stadium and a Wrestlemania 35 ticket giveaway during timeouts of the game. There will also be kid featured programming during the game, like GenJets Kids fest, a kid reporter, a youth football game at halftime and kids cam during timeouts during the game.

One of the other features during the game day upfront activities was the culinary experience. One of the major food chains that was highlighted that day was The Fat Rooster. It was explained to me that day, “You have not lived life to the fullest, until you have experienced a hot chicken sandwich.” The gentleman that made that statement was not lying! After tasting and enjoying the hot chicken sandwich, with dill slaw, honey mayo, on a sweet pickle Hawaiian bun, I became a fan instantly and that’s before I even attempted to enjoy the Fat Rooster Drummies. That just solidified my approval/stamp of one of the many options that the Jets will have for their fans during game day.

Overall, the game day event was a complete success. Great food and partnerships that will make the Jets’ game day experience enjoyable for the fans. The entertainment during the game and a season that is filled with hope and excitement as they start the Sam Donald era. More updates and notes from the Jets and games coming soon Stay tuned! 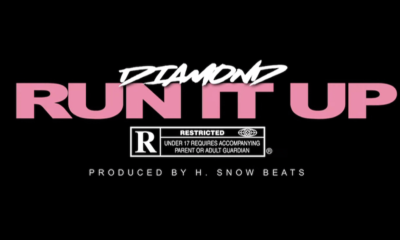 Diamond Run It Up – Prod by HSNOW BEATS 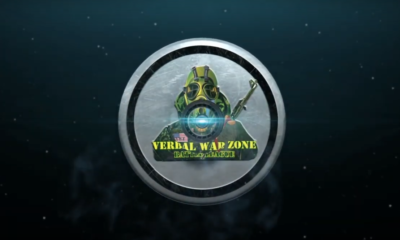 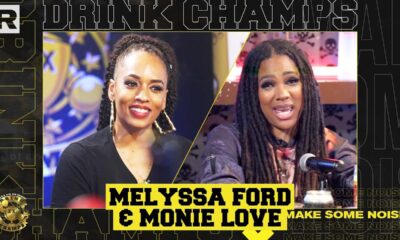