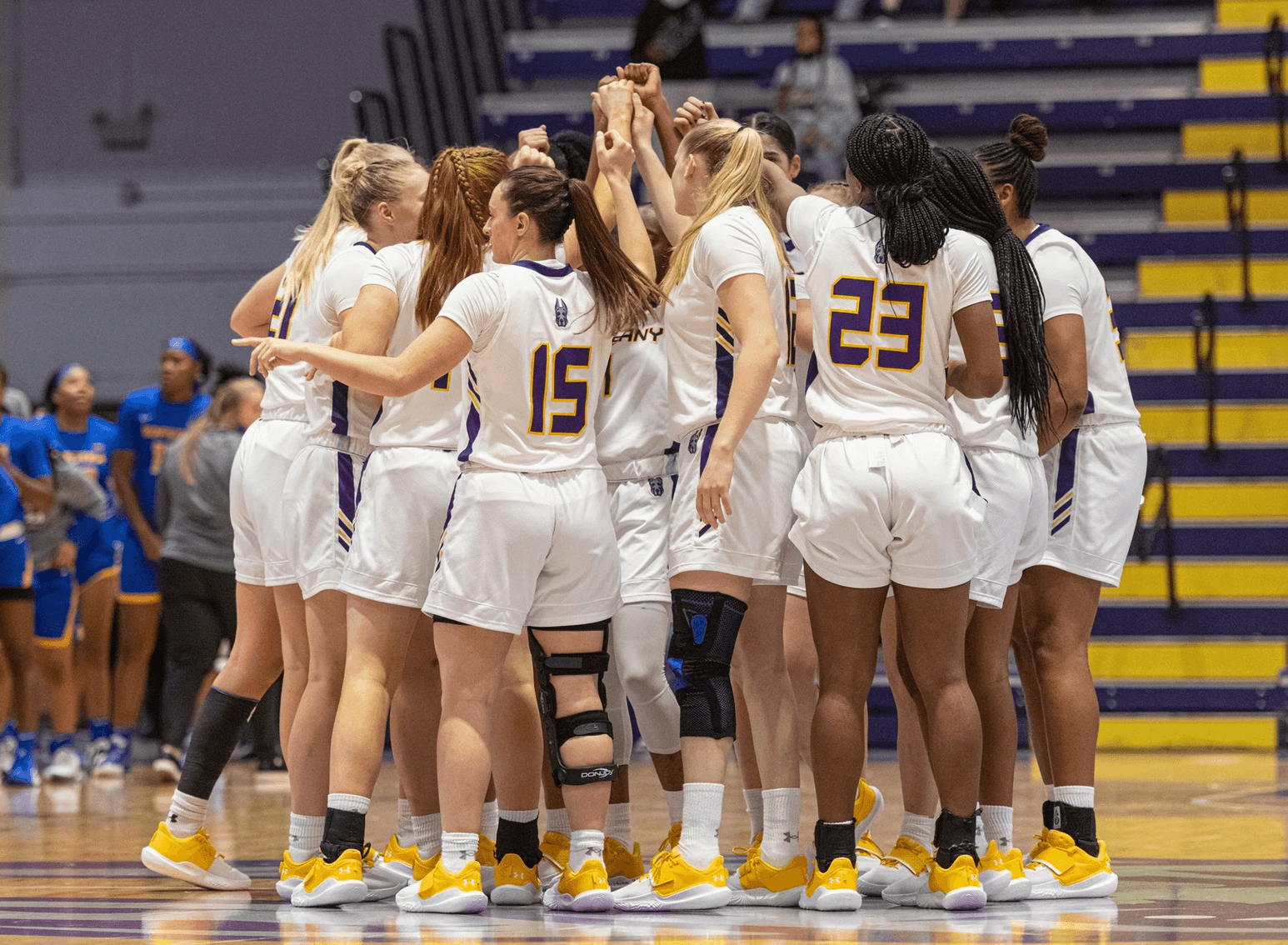 “Im just sitting here smiling because I am really proud of this team, its been a really tough year coming in from covid and everything that happened last year, what this team went through last year, as we get to this point we add some great newcomers with their unselfish play, everybody just contributed no matter who was in the game, it was really a total team effort and we have been trying to bulld this culture for quite some time, we have a really special group and you can feel it, in terms of the way they just treat each other, they way they approached practice, they way they accept coaching and they certainly deserved this win and I am just thrilled for them” Coach Colleen Mullen comments after their 70-41 victory over Hofstra.

Going into the 2020-2021 season the Lady Great Danes, were coming into a season of taking one step from the previous season, where they finished in 8th place, but gave the American East Champions Stony Brook a scare, in the first round of the American East Tournament. Fast forward to last season, which was very impressive, considering the fact that not only did the team have to fight through covid situations. Not knowing when they were playing and not playing at the last minute, but through all of that, were able to push through and finish fourth in the conference and host a home playoff game against New Hampshire, before losing in the second round to Maine.

Now going into this season, what seems to be a more stable situation, with games not being effected by covid like last season. The Great Danes are looking more energized, focused and confident. Based upon some of the play from practices and the game they played last night, they are like every season,are looking to improve, but this season are improving with focusing on winning a American East title and getting to the big dance. What also is going to make this season different is unlike, the previous seasons coach Mullen roster/team is built from scratch with players that she has recruited, players that have been there and are committed to her system and improving the culture. Add on top of that they seem to be athletic at most of their positions with Lee, Phillips, Hahne, Haley, Hagerstrand and Robinson and they showed it against an upcoming team like Hofstra and will show it more of the season.

The only concern from the outside looking in is the middle of the paint, where teams might look to try
to beat them up, but when you look at the top teams in their conference like Maine, Umass Lowell,
Stony Brook is the only team that might pose that threat with Pagan and maybe Binghamton, but
Bowman, there leader/guard is their main threat. If UAlbany can be consistent with their play like their
first game against Hofstra, which I have no doubt they will be, they should be one of top two teams
competing for a championship at the end of the season. Only time will tell, stay tuned!